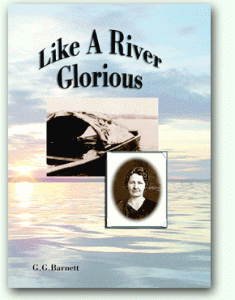 In a significant speech to the South African parliament during 1960, Harold Macmillan announced that “the winds of change were sweeping across Africa”. Reaching gale force in British colonial Africa almost immediately, these winds consigned many of the customs, cultures and conditions of a century or more, to a bygone era in less than four years.

The two pillars of, what Europeans perceived as civilization, namely the British civil service and the mostly altruistic missionaries, were suddenly virtually irrelevant.

The familiar District Commissioner, whose authority carried the full might of British law including the power to administer capital punishment, his District Officer and horde of indigenous saluting and fez-wearing ‘messengers’ became instantly anachronistic.

The haste to shed responsibility for African colonies with its acquired political stigma, was matched only by the speed with which the concept of Uhuru gained traction among colonized people.

Dedicated missionaries most of whom having sacrificed comfort and career, risked malaria, sunstroke and other hazards to bring the gospel, medicine and education to the dark continent, were in many cases treated as redundant. This development was unfair especially to non-conformist missions which had always encouraged a degree of self-governance in the church. Missions with a more centralized, rigid structure and dogma were, unsurprisingly, better able to maintain their wonted control a little longer.

To argue that despite many mistakes and some harsh treatment, the colonial era did bestow considerable benefits on Africa, had become politically incorrect. The urge to retreat from imperialism gained strength because of the vogue towards democracy which would supposedly solve all of Africa’s problems. In practical terms, the economic and cultural costs of staying on another generation or two in the hope that Africa might eventually absorb Western civilised values, develop a work ethic and give up tribalism, had become distinctly prohibitive. Yet some brave souls did exactly that.

In this narrative I have frequently referred to the indigenous people of Africa as natives. This is the term used by my father Fred in his diary and my mother Dorothy in correspondence, without an iota of disrespect or racism and has, at least, the advantage of being accurate.

In the decades that have followed a number of terms have been used including “natives” which have often been perceived as pejorative. Indeed even the terms preferred during the nineteen sixties by Americans of African descent, such as “blacks”, later became politically incorrect. 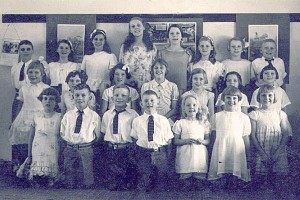 This latter term obviously does not mingle well with the Christian concept of “black hearts” needing to be “washed whiter than the snow”. Depiction of sin as black, the scriptural statement that “men love darkness rather than light because their deeds are evil” and the phrase “darkest Africa”, today, fall into this sensitive category.

Missionaries who remained, found themselves facing vastly changed attitudes both in regard to church governance and their personal status as community leaders.

In the political realm, the indigenous people had espoused the idea that they would be better off without the “yoke” of colonialism and their leaders were eager to enjoy the leisure and wealth that was expected to come automatically with political power.

As a ‘missionary kid’, and a raconteur from that bygone era, who has enjoyed captivating his spellbound listeners with stories of his boyhood in Northern Rhodesia, I have been prevailed upon to contribute to the record, before so much is forgotten and consigned to the mists of time.

Above all, however, this book is a biography of my mother, Dorothy Barnett, a remarkably courageous and talented missionary, nurse, teacher and parent who, as a widow with four children younger than 5 years, set a unique example of commitment to her faith, tenacity in the face of thanklessness, courage in the presence of danger and an effervescent sense of humour when so many saw only grim gloom and solemnity.

The powerful influence of the mighty Zambezi river in tragedy and survival, in fear and tranquillity, together with some lines from one of Mother’s favourite old hymns, combine to provide a symbolic imagery for the biography. The variety of the Zambezi’s moods, its rapids, still waters, dangers and beauty are seen as analogous to the vicissitudes of Mother’s life and give rise to the book title: Like a River Glorious. 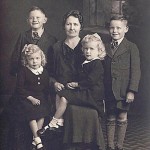 The hymn known by that title was written by Frances R. Havergal (1836-1879) to a composition by J. Mountain which he named Wye Valley, inspired by the beautiful river of that name.

The frequently mentioned “Children of Chavuma” are my brother Walter and twin sisters Dorothy and Margaret as well as Frances, Esther, Eleanor, Viola, Grace, Paul and David, sons and daughters of the wonderful Logan family, who shared a unique experience and benefited from a valuable common heritage. In a broader sense, the description refers also to the many hundreds of childlike people who were blessed in material or spiritual ways by their contact with my mother.

Humour enabled her, at times, to strike a balance between the ideals of exegetical and orthodox theology and the practical situations that often confronted us.

Since even this lady’s sense of humour could on occasion be a little irreverent, a tendency also highly developed in most missionary kids, the impish approach I have used in telling the story should not be altogether unexpected.

One does not have to concur totally with the theological views of one’s parents in order to love and respect them, to appreciate their extraordinary strength of character, ability and achievements, or to benefit from the example they set and the heritage they bequeathed.