Grade Two and Three students have been working hard since half-term. One class we used to conduct a Science Olympics. Student groups were given 20 mini-marshmallows and 20 toothpicks. They had to construct a tower. The winning group made a tower just over 10 centimeters tall. Another activity was bridge building. Groups received 6 pieces of paper, some cello tape and scissors. They had to try to build a bridge that would span the longest distance. One group’s bridge spanned nearly 50 centimeters! We are looking forward to Birthday Party next week with a Jungle theme. 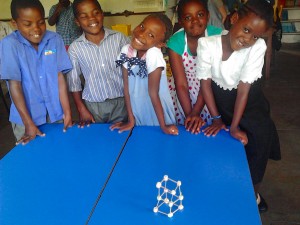