Check your emails parents, a new ordering process has been created for school clothing. If you missed the email, the form and some pictures can be found here…. 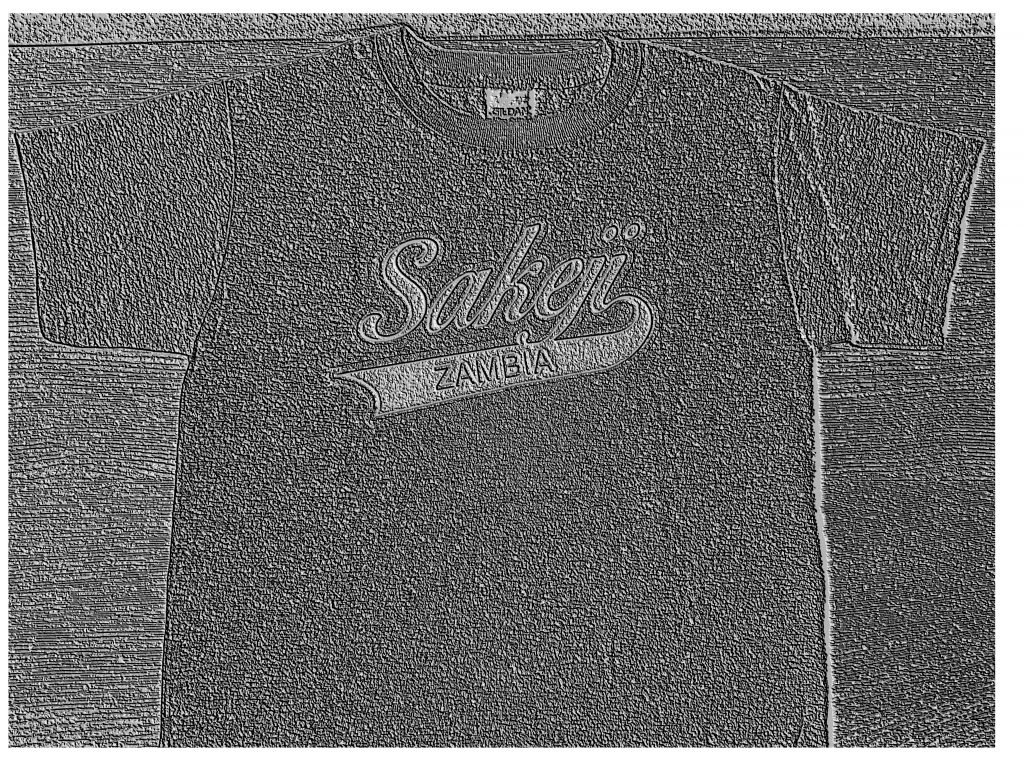 Recently Sakeji students, workers, and staff volunteered their time to help maintain a local school. Two classroom walls were prepped and painted, the outside of one classroom block, as well as functioning door locks installed. Here are a few pictures to record the event.
Our purpose in doing this was to continue to connect with the local community in practical ways and also have an opportunity to share God’s love and the gospel of the Lord Jesus Christ.
Some student responses were:
“This was my first time painting a building and I actually enjoyed it. We need to have a good attitude and serve others. By doing this we are not only serving others, but also serving God. He set us an example for us so that we should follow in His steps.”
“Thank you to all who helped organize it and to all who participated and made the job fun! I went feeling nervous, and I came back with a smile and satisfaction.”
“Helping is my gift and I really enjoyed it…the stains on my clothes will remind me of the fun time I had painting at Sakufola School.” 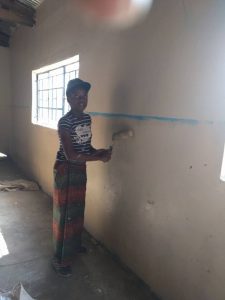 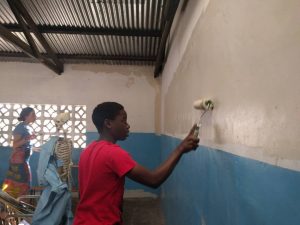 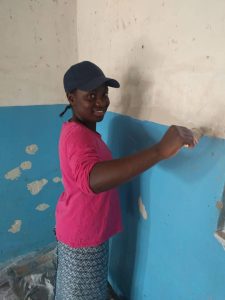 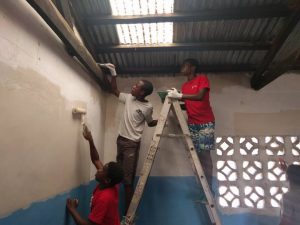 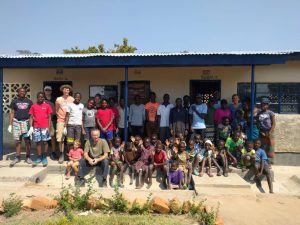 News of the passing of Miss Joan Hoyte. 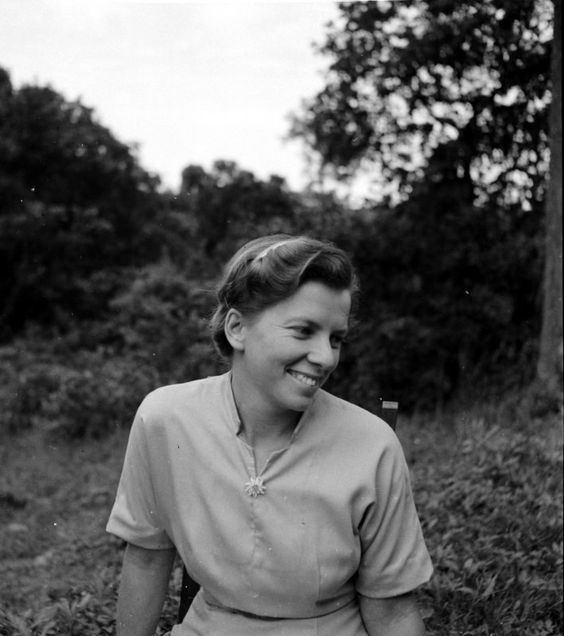 Joan Hoyte in the 1950’s in Zambia. Picture credit

On June 12th, 2018 Miss Joan Hoyte (Katwevi) went home to be with her Lord. She served faithfully at Sakeji for many years.

Click the link below for pictures and details as we remember her and all the lives she impacted.

We write in loving memory of a good friend, Joan Hoyte, who served so faithfully for many years at Sakeji Mission School in Zambia. 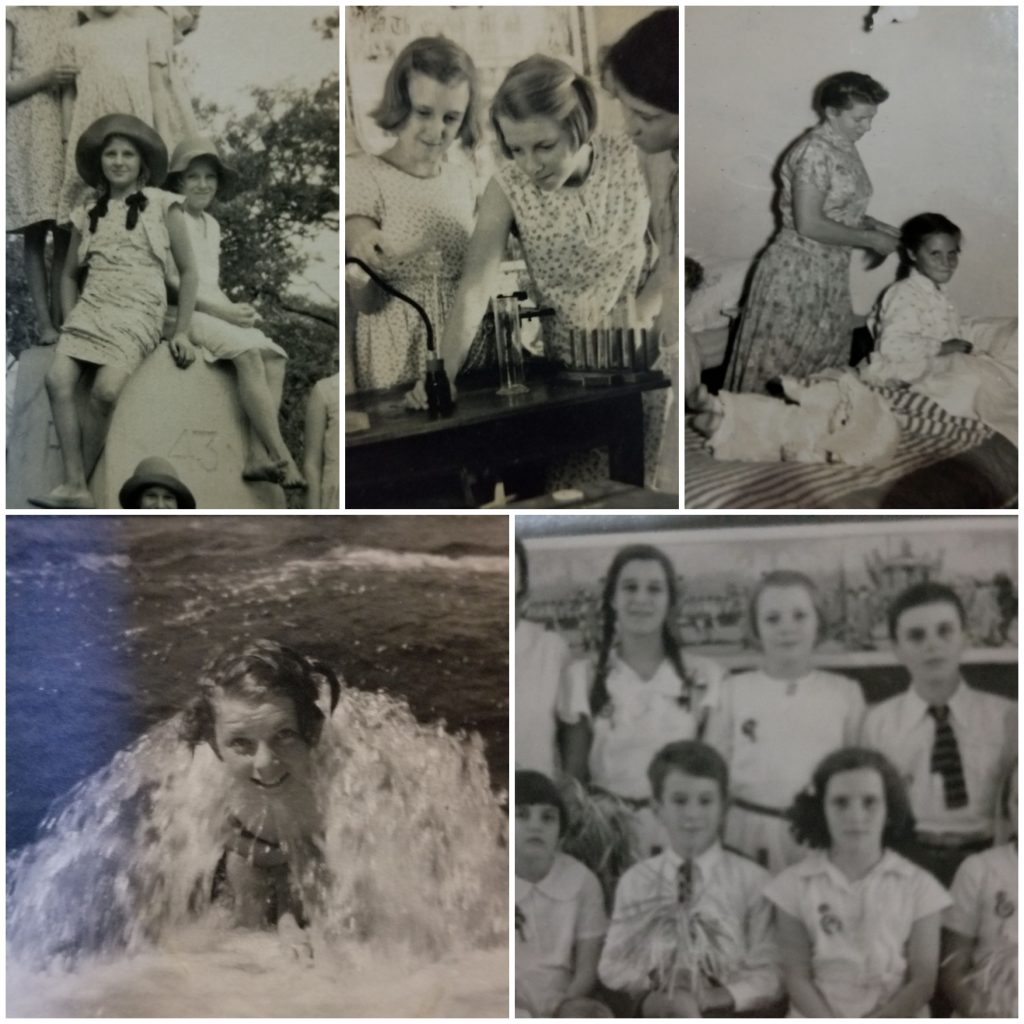 Joan was the granddaughter of the school’s founder, Dr. Walter Fisher and was born to Mr. and Mrs. Julian Hoyte who were serving as missionaries in Bunkeya, Congo. She was nick-named, Katwevi, after Mount Katwevi which was near the mission at Bunkeya.

Her early years were spent as a student at Sakeji School. She went back to the UK to complete a nursing degree, and later followed the Lord’s leading to return to Sakeji as the nurse as well as a dorm mum. She faithfully ministered to so many throughout her career. For some, Sick Bay was even their favourite place! 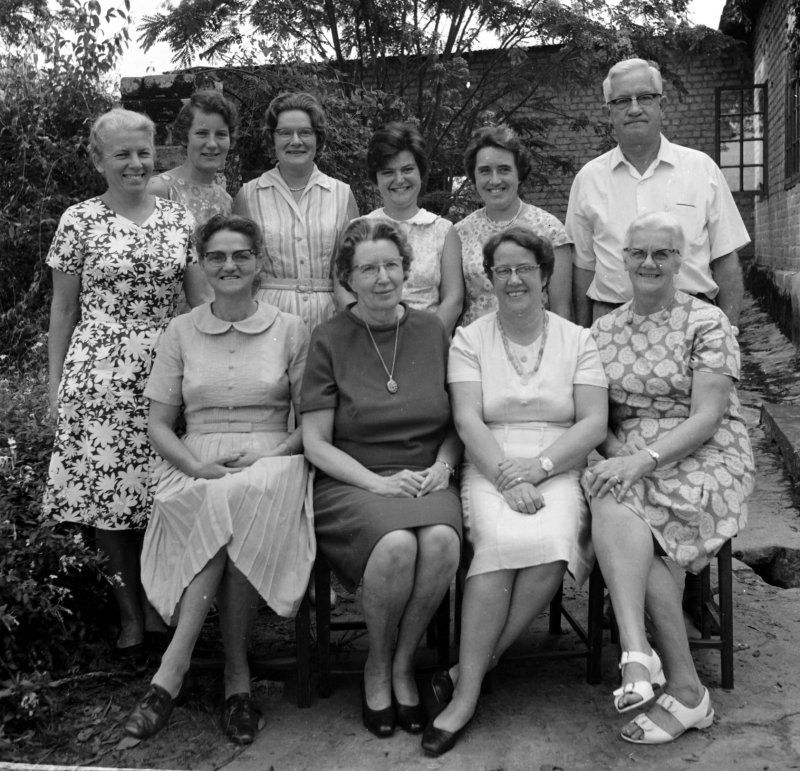 Upon ‘retirement’ she felt led to stay on in the area. While continuing to take an interest inthe lives of staff and students, she became involved with visitation in local villages and in Christian literature distribution. She also was a real help with the Lunda Bible revision work.  After a number of years of serving in this capacity, she returned to the UK due to reclining health.

Joan (Katwevi) is remembered fondly as a good friend and encourager to many who knew her. Her energy and warm hospitality were second to none. Even in her elderly years she would take visitors up to see the old Kalene Mission station which was on a fairly steep hill. The funny thing was that she would often slow down to let the younger ones catch up. 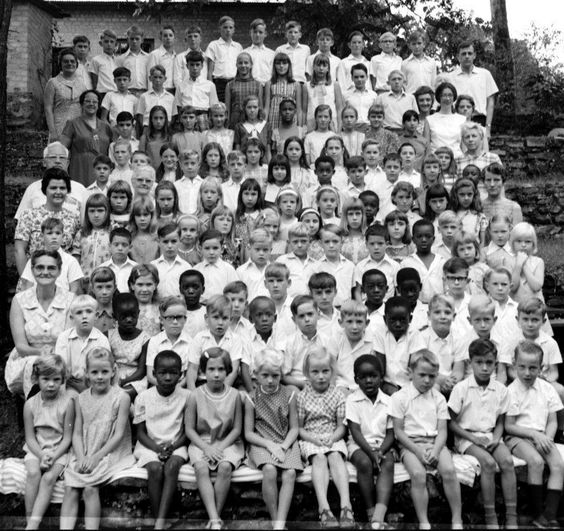 Miss Hoyte with entire school in 1975, seen end of fourth row from the top.

During her lifetime she invested in countless lives for the Lord. That investment will continue to have an impact for eternity. It’s with much gratitude that we, “Her ‘children’ rise up and call her blessed.” (Proverbs 31:28)

Grade One students have been getting their hands dirty in the garden! Gardening and learning about growing plants is all part of the Sakeji Mission School experience. Well done, Gr1’s! 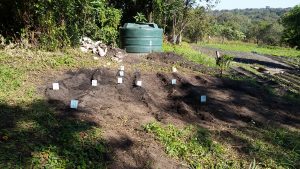 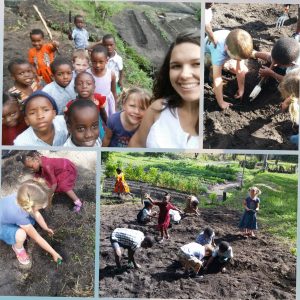 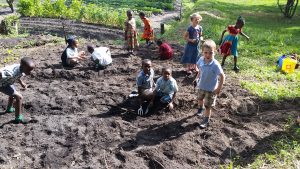 Students left on the 2018 CopperBelt Tour on Thursday morning. They will be playing matches at Amano Christian School on Friday and Saturday. We wish them all a successful and safe journey. 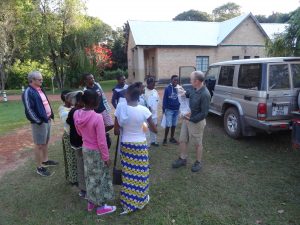 Senior students are helping to spend a little extra time reading at the river with some of the junior students. We really appreciate their help in assisting their young friends to build their reading skills.
— This email has been checked for viruses by Avast antivirus software. www.avast.com/antivirus 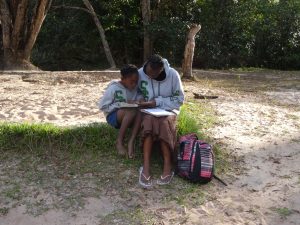 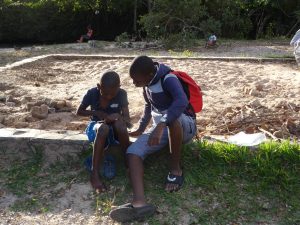 The students and missionary staff hosted a ‘tea’ to celebrate our workers and recognize an employee who was retiring from his position in the school kitchen. It was great to be able to celebrate together and say ‘thank-you’ to the Sakeji workers.
— This email has been checked for viruses by Avast antivirus software. www.avast.com/antivirus 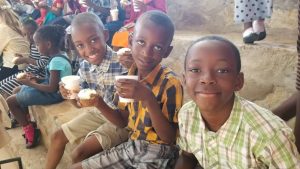 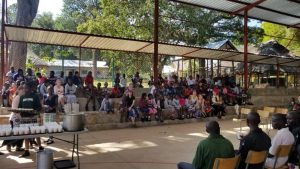 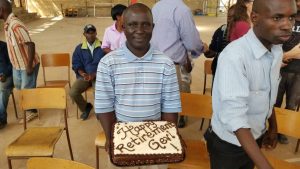 The Grade One students are also hard at work as the second term begins. In Social Studies, students were asked to create a family name for their groups, label each family member, and dress up for their chosen family role.
— This email has been checked for viruses by Avast antivirus software. www.avast.com/antivirus 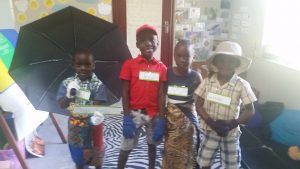 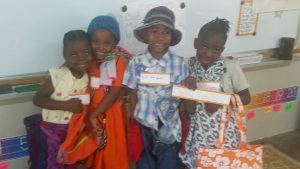 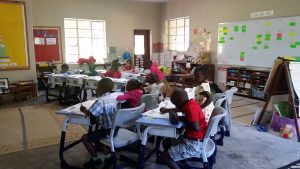 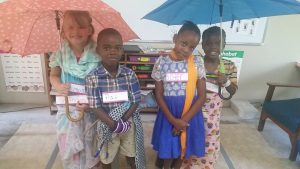 Our second school term is underway! It is great to have Sakeji Mission School filled with the noises of students once again. In this picture, the Gr3 students are busy with their English Literature work. We hope to continue posting throughout the term, so come back for a visit again!
— This email has been checked for viruses by Avast antivirus software. www.avast.com/antivirus 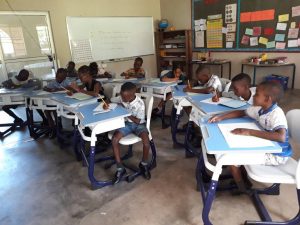 The Grade 1 students recently decorated and shared cupcakes with the Grade 2&3 students.
— This email has been checked for viruses by Avast antivirus software. www.avast.com/antivirus 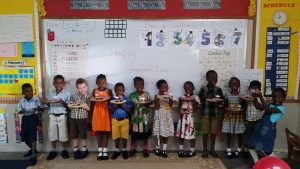 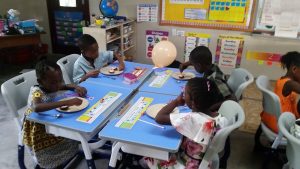 "But continue now" - Sakeji Mission School is about preparing kids to live out a life of Christ. To continue on a path of eternal success, in all areas of their lives. Laying the foundations that will for years to come allow them to continue to build and grow.